Oneplus 7 comes with a Quad HD + display with 90 Hz

Oneplus will equip the top variant of the upcoming new Oneplus 7 model with a high-resolution display (Quad HD +). This Super AMOLED screen will also offer an image repeat rate of 90 Hertz. 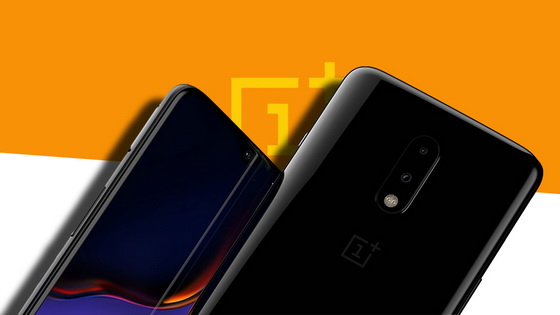 After the Oneplus 6T of autumn, the manufacturer will next launch not just one version, but three versions of the successor. In addition to the “normal ” Oneplus 7, there will also be a pro version with vastly improved specifications, which will also appear as a 5G-enabled variant. After Oneplus has so far relied on 1080p screens, the Chinese are donating a panel with the so-called QHD + resolution to the 7-series devices, such as other high-end devices such as the Galaxy S10 or the LG G7 ThinQ.

While most smartphone screens operate at an image repeat rate of 60 Hz, the new Oneplus 7 is designed to update its display 90 times per second, showing an even quiet and more pleasant image. Especially for players, the info is interesting, as this should guarantee a jolt-free gaming experience even in demanding games. At least if the application is optimized to take advantage of the high refresh rate. Currently, there are only a handful of Android titles that support 90 Hz, but there will certainly be some more to come in the future. It will be interesting to see how quickly the possibilities the hardware offers will then be used by the app manufacturers.

Since the higher resolution and frame repetition rate will also increase the power consumption of the mobile phone, the device will be powered by a 4000 mAh battery, which can be replenished quickly with 30 watts of charging power. This is reported by Ishan Agarwal, whose preliminary information has always been very reliable. The Oneplus 7 will also feature a USB 3.1 connector, stereo speakers, a diffline-integrated fingerprint sensor, a pop-up selfie camera and camera trio on the back. According to current rumors, the official presentation of the 7 Series is scheduled to take place on May 14.